Alterations in the composition of commensal bacterial populations, a phenomenon known as dysbiosis, are linked to multiple gastrointestinal disorders, such as inflammatory bowel disease and irritable bowel syndrome, or to infections by diverse enteric pathogens. Blastocystis is one of the most common single-celled eukaryotes detected in human faecal samples. However, the clinical significance of this widespread colonization remains unclear, and its pathogenic potential is controversial. To address the issue of Blastocystis pathogenicity, we investigated the impact of colonization by this protist on the composition of the human gut microbiota. For that purpose, we conducted a cross-sectional study including 48 Blastocystis-colonized patients and 48 Blastocystis-free subjects and performed an Ion Torrent 16S rDNA gene sequencing to decipher the Blastocystis-associated gut microbiota. Here, we report a higher bacterial diversity in faecal microbiota of Blastocystis colonized patients, a higher abundance of Clostridia as well as a lower abundance of Enterobacteriaceae. Our results contribute to suggesting that Blastocystis colonization is usually associated with a healthy gut microbiota, rather than with gut dysbiosis generally observed in metabolic or infectious inflammatory diseases of the lower gastrointestinal tract.

Boxplots of observed OTUs richness and Shannon diversity indexes distinguishing between patients colonized or not by Blastocystis. 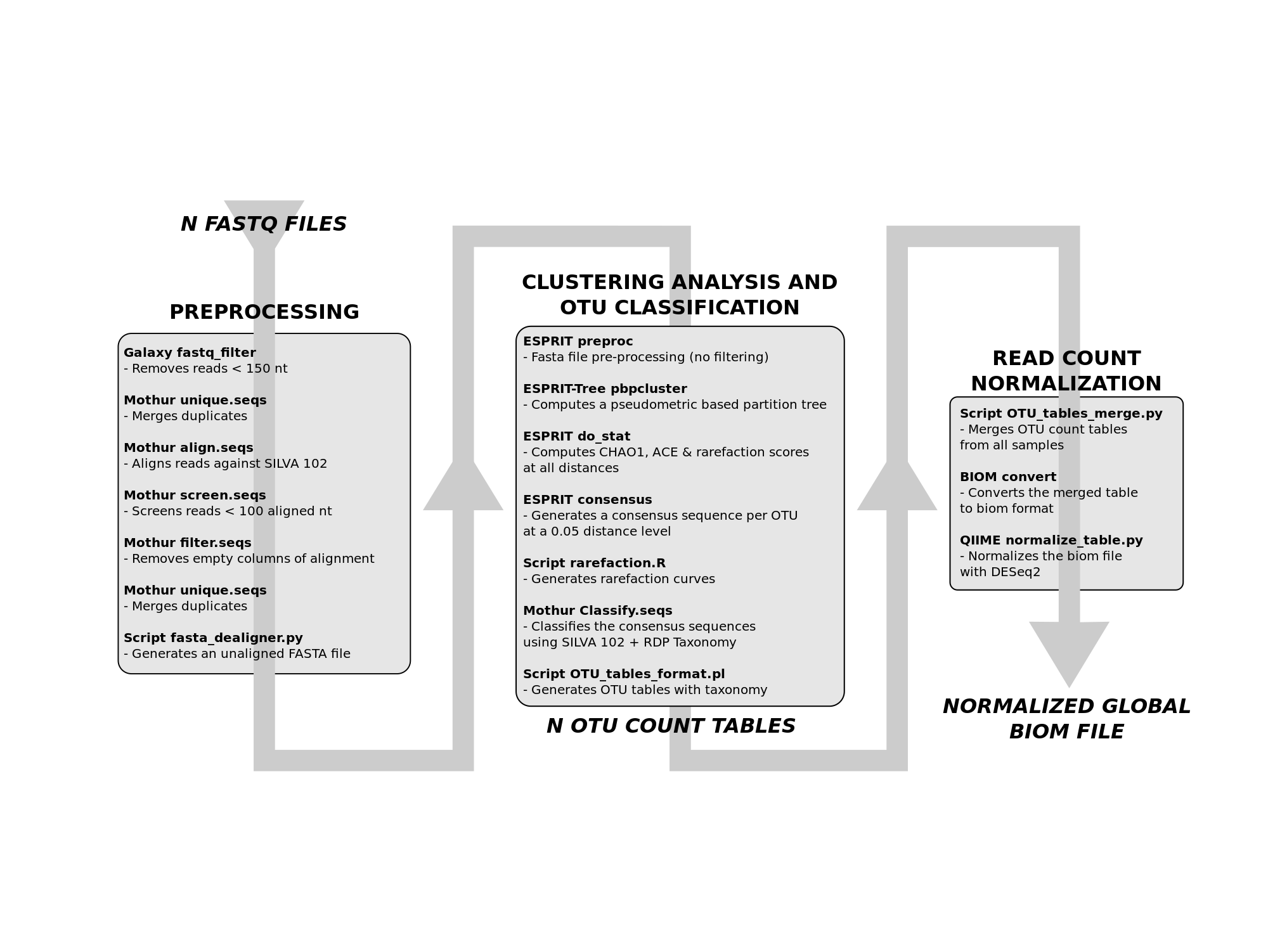 Homemade scripts in above pipeline are available for download.